This 4-string 14” scale length mandolin was constructed over the course of one summer. I ordered a bunch of mostly barebones parts and did the design and construction myself.

I also decided to “live-tweet” the construction, so here’s the history:

Alright live tweeting the construction (don't get your hopes up this will take weeks). First up: test body blanks: pic.twitter.com/soefmTPNuZ

All critical parts in. Scaling and seeing how everything fits. Dremel insufficient for recessing the pickups :( pic.twitter.com/xDmLkVTu7E

Finally filed out that fraction of an inch to fit the tuning mechanisms.... Never doing that again. pic.twitter.com/Sykn9pYfhs

Serendipitously figured out how to hold things together while gluing. pic.twitter.com/srMEXGxXzl

There's a reason my nickname for this instrument is "The Grad School Special" pic.twitter.com/beXzVOW1lq

Ran out of fretwire with 5 left to go! Still happy with how it turned out. pic.twitter.com/jW2kHGWpAZ

Milled. Front and back. Needs a bit of finishing still. pic.twitter.com/UnE34IrcNK

Stain on! Thanks for letting me borrow the gel stain @meanfinch pic.twitter.com/ICQvRVGFZK

Got the hardware and electronics in. Just the strings and nut left to do! pic.twitter.com/QVHrlm7pOR

Yes. Those are strings. And yes, its roughly in tune. No implosion! pic.twitter.com/WTYqKM0B7N

Yep. Still amazed that it's in any way functional. Here's a video. pic.twitter.com/PnSORPQpAN

Here are some more images of the complete gadget: 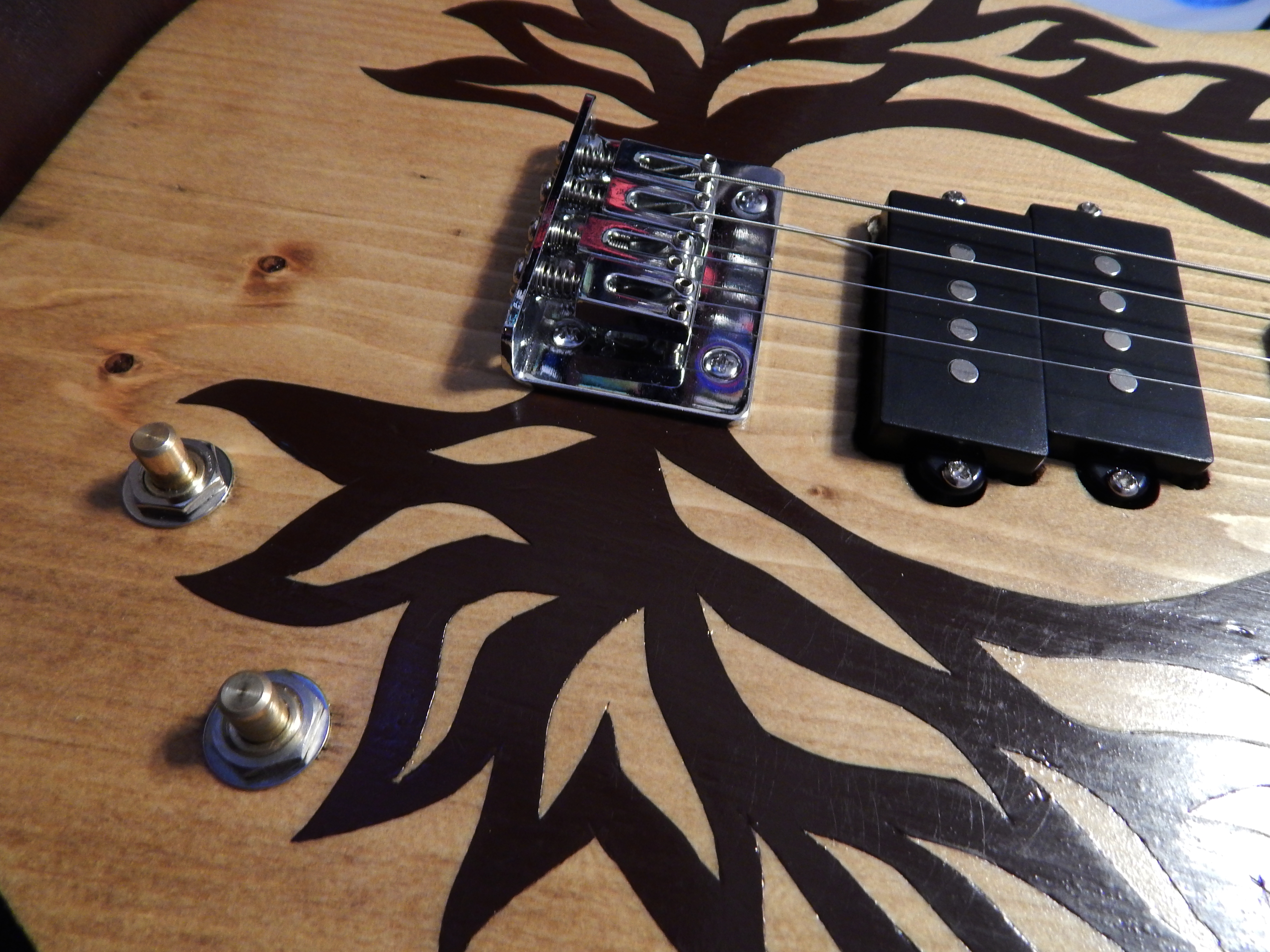