One of the coolest things that I like about physics is how accessible it can be with some fairly simple experiments. Here I’ve built a driven pendulum out of Legos. The drive arm is connected to the oscillator via a rubber band. The oscillator arm itself is damped through the friction of the LEGOs.

Here’s a video of it running at a specific frequency.

In the meantime you can download the analysis code. And a pair of Mathematica analysis files (analysis and Simulations).

Here are some processing images so you can see how it is done (thrsholding and following the green dot). 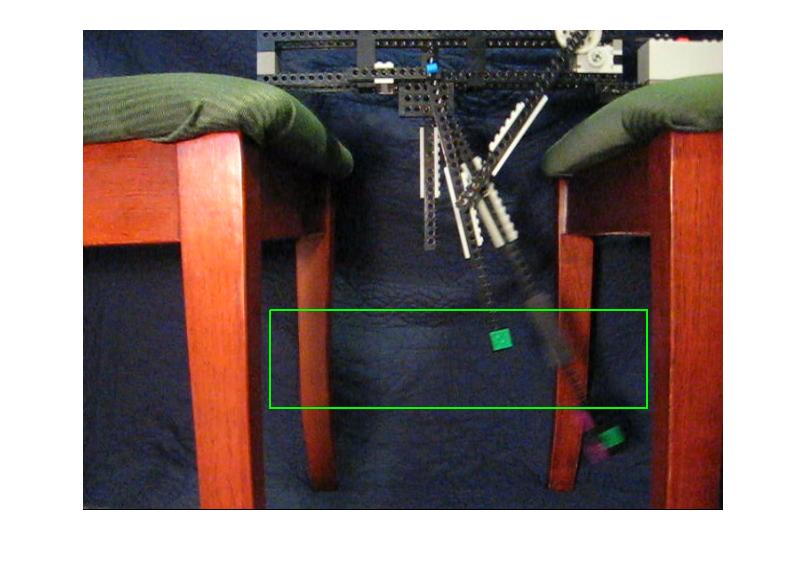 We isolate the region of interest (ROI).

Just the green channel of the ROI (I later learned that [RGB -0.5R -0.5B] is a better way of obtaining green color information).

A threshold allows us to isolate the marker. 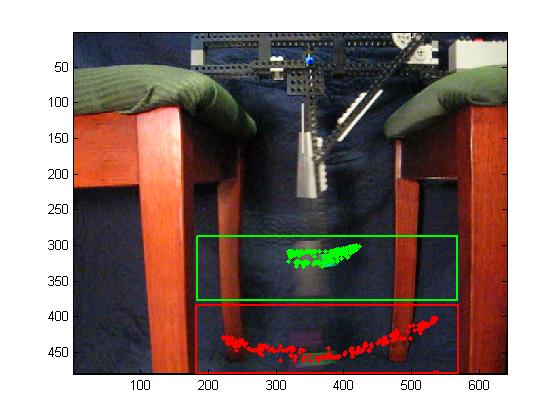 Finally we have the location of the markers in all the frames. 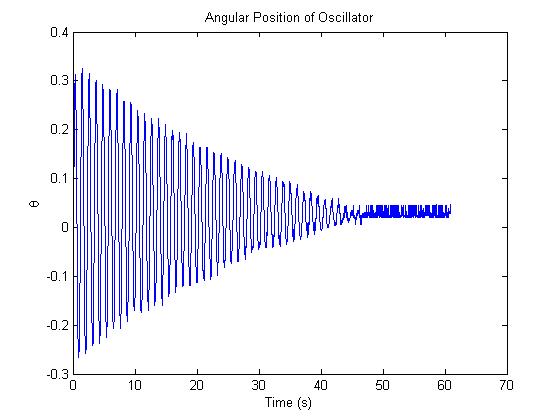 Here’s an example of the quality of the data you can extract from this simple setup.